Computer-aided hand bookbinding? Have we gone over to the dark side? No, we still follow the old ways for the most part, using traditional materials and techniques along with tools and equipment as old as the books we work on. (Many visitors are surprised that our operation isn’t more ‘mechanized’. “Really?”, they might say. “You actually sew books by hand?!” Yup, we do.)

That said, the computer has allowed us to do a number of things that bookbinders of old couldn’t easily do, nor could we 25 years ago. First, and most important, the computer and the internet allow us to live and work in a remote corner of the Adirondack Mountains in upstate New York, but that will be a tale for another day. More what I have in mind here are some uses of the computer in creation of the books themselves. 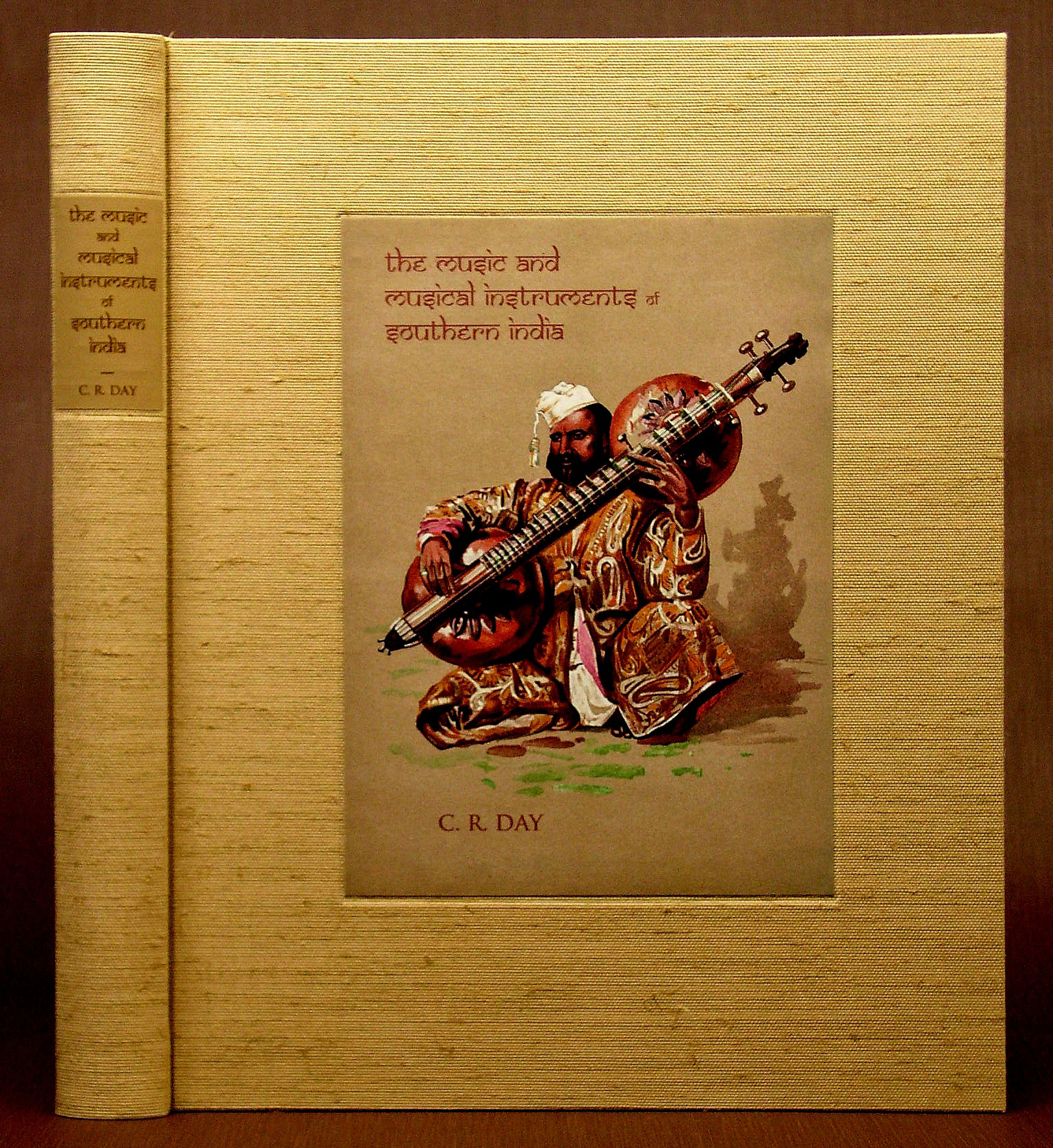 The cover and spine labels are archival inkjet prints created by scanning one of the book’s plates, and superimposing the title in a downloaded font.

Recently a dealer-client of ours asked us to rebind The Music and Musical Instruments of Southern India (1891). The existing cloth binding was shabby and torn at the hinges, while the text was clean and contains many lovely color plates. It could have been restored, but the binding was of no special significance and it would be more costly than making a new cloth binding. So the task was to create an interesting, but not costly binding that would set off and serve as prelude to the interior. So we scanned the first plate showing a musician playing a sitar. For the titling, we went to the internet and downloaded a type font based on Devanagari, a widely used script for Sanskrit, Hindi and other Indic languages. The title and author were superimposed on the scan of the plate, choosing a color for the font based upon the colors of the illustration. An archival inkjet print was made and this was pasted into a recess on the front board, making a large and attractive label. The same titling was used alone for the spine label. This produced a handsome and unique copy for very little additional effort, and could not have been done without the computer. For a lot more effort, which translates into a lot more cost, Taff could have reproduced the plate by hand (you can see her skill in painting here). For example, all our dust jacket restorations utilize her skills to fill in the missing image areas by hand. Those are not done using the computer.

Detail showing the Devanagari-inspired type font used for the title.

A second example goes back a few years when another dealer brought us a 6-volume set on Russian heraldry (in Russian) to be bound in full leather in the French style appropriate to the time of the publication. And of course, the titling had to be done in Cyrillic. Typically, the type for a label is hand set from individual letters, most often engraved in brass. Old printer’s hot metal type can be used, though its life is short when used for stamping as it is made from a softer metal that cannot stand up to the repeated heat and pressure of gold-stamping. So to prepare a label in Cyrillic previously would have required having the type font available. While brass Cyrillic type is made and can be purchased, it is frightfully expensive (as are all brass tools and type) as each character is individually engraved. 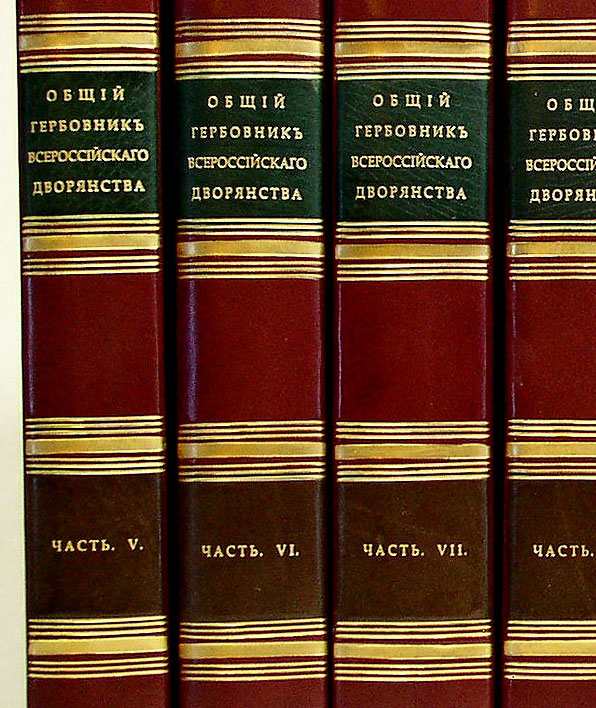 Gilt Cyrillic labels created using a hot stamping die made from a type font downloaded from the internet and set on the computer.

Once again, we traveled the internet and downloaded a Cyrillic font onto the computer. The dealer had emailed the text of the title and volume numbers as they were to appear. Our only task was to format it to the proper size using the downloaded font. From this we printed out a hard copy and sent it off to the photo engraver to have a die made for hot stamping. This was used in the stamping press, just as the brass type would be, and the labels were stamped in gold. The completed books were sent off to auction in London, where the dealer reported back that they were most impressed (and surprised) that an American binder could set Russian type. So now the secret is out.