Back in 1990 I attended a workshop led by Swiss binder Hugo Peller where he taught how to make an unusual pop-up box of his own design. (You’ll find my detailed workshop notes here.) When it is opened, the book seems to levitate out of it as if by magic. I’ve shown this as a novelty-piece at many book fairs where we have exhibited over the years and it always draws smiles of amusement as the book arises into view. But no one ever asked to have one made. This past year, though, I was asked to make three of them. Hugo’s original box was covered in full cloth. These were to have leather spines.

The mechanism is actually pretty simple. The book sits loosely in an inner slipcase, while a ribbon runs from one side of the outer box, through the slipcase under the book and on to the opposite side of the outer box. When the outer box is opened the ribbon pulls the book up and out of the inner slipcase. Additionally, the outer box is not like a normal dropspine box where one tray nests inside another, but the two trays are of the same dimension so that rather than nesting, the edges simply butt together. To hold the box shut, strip magnets are concealed under the cloth covering.

To create a similar box with a leather spine three issues had to be addressed. The original design did not fully cover the inner ends of the trays, and there was no inner hinge to conceal the back side of the cloth covering the outer case. These are pretty minor details not immediately obvious, but still it seems that a ‘deluxe’ leather version ought to be spiffy in all respects. A more significant problem is that the outer case cloth is cut to exactly the height of the case—there is no turn-in as there would normally be over the edge of a board. While that works fine for cloth, if leather is pared thin enough to eliminate an obvious and objectionable edge, it has no strength to repeatedly flex without tearing at the hinge between the outer case and spine.

The first problem was a simple aesthetic fix where I just covered the trays as I would for making a normal dropspine box. To serve as an inner hinge I left the cloth flap at the back of inner slipcase (trimmed off flush in Peller’s design) to lap over onto the outside of the outer box. To solve the third, more serious, problem, instead of gluing the covering material directly to the outside of the outer box, I made a wrapper of index, covered with cloth and leather turned over the edges, and glued that to the outer box. This allowed me to both use slightly thicker, hence stronger, leather and to conceal the edge by turning it over the edge of the index. The index itself added some additional strength to the hinge. Problems solved. Almost.

Again, the original design used plastic strip magnets, the sort used for refrigerator magnets, concealed under the cloth along each fore-edge of the outer tray. After 27 years, the box I made in the workshop continues to snap shut with a satisfying click. Making the box with the magnet strips I had on hand, however, failed to hold shut. I had heard that they can demagnetize due to all sorts of reasons, so I went to our local hardware store and bought another roll. Same problem. Mumbling under my breath about shoddy products, I went on ol’ reliable Amazon.com and bought the highest rated, most expensive strip magnets I could find. Nope. Not strong enough. When placed together, they do need to be carefully aligned, as the north and south poles run in horizontal bands about 1/8” or so wide. If you get it wrong, the strips repel rather than mating. But even taking that into account, once they were covered with cloth there just wasn’t enough pull to hold the box shut. So I went for the big guns and recessed 2 pairs of rare earth magnets into each fore-edge. At last I had a box that came together with a nice “snap!” and I can be confident that these magnets will maintain their strength indefinitely.

The following photos give an outline of the construction of the box. The complete instructions for the original full-cloth version are given here. 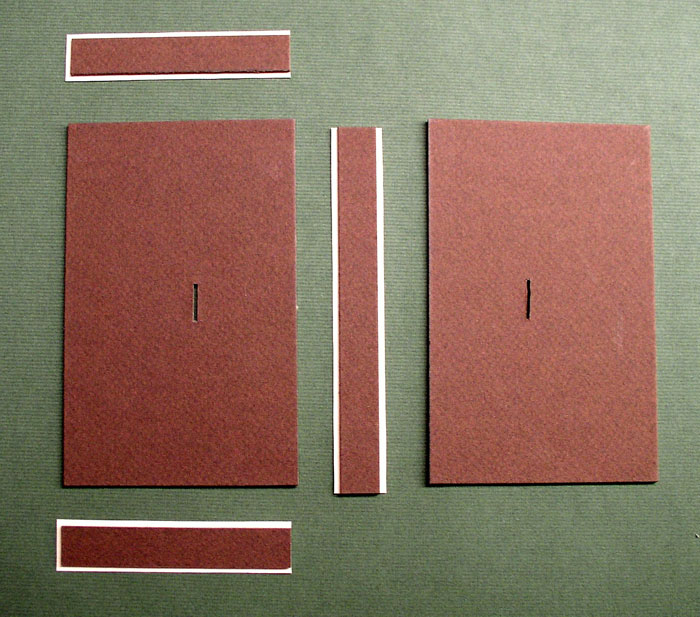 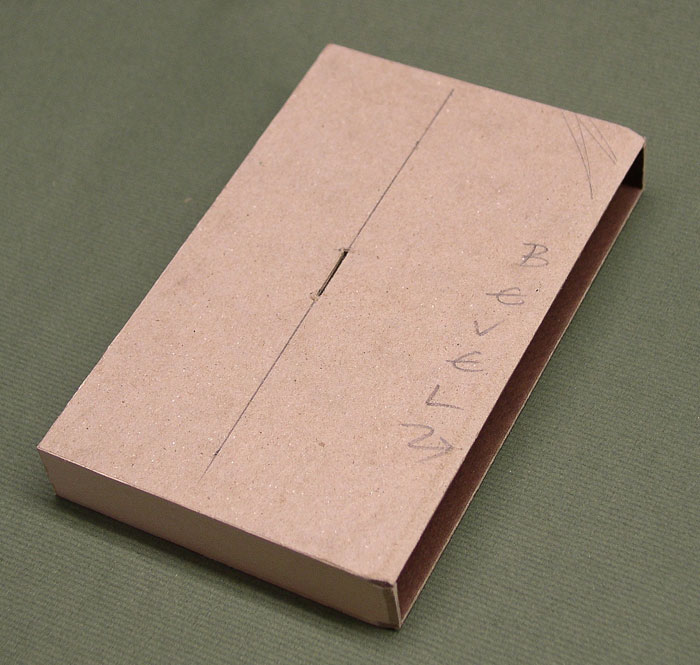 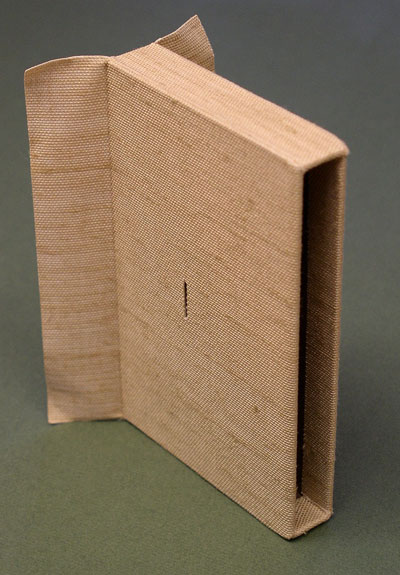 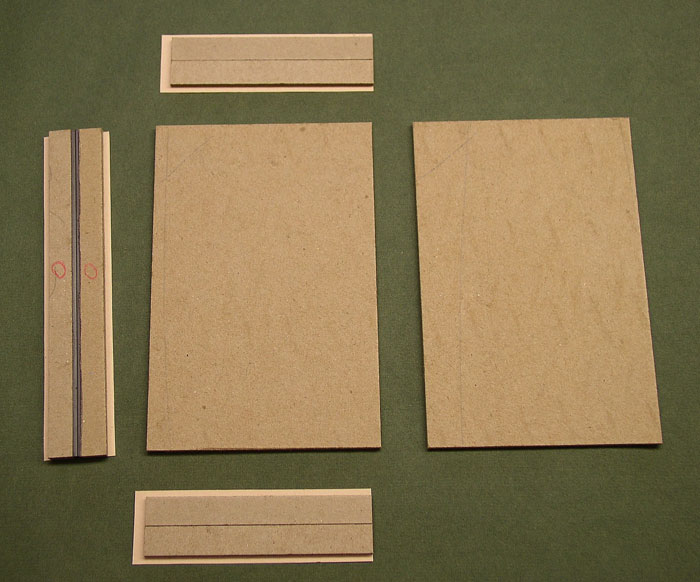 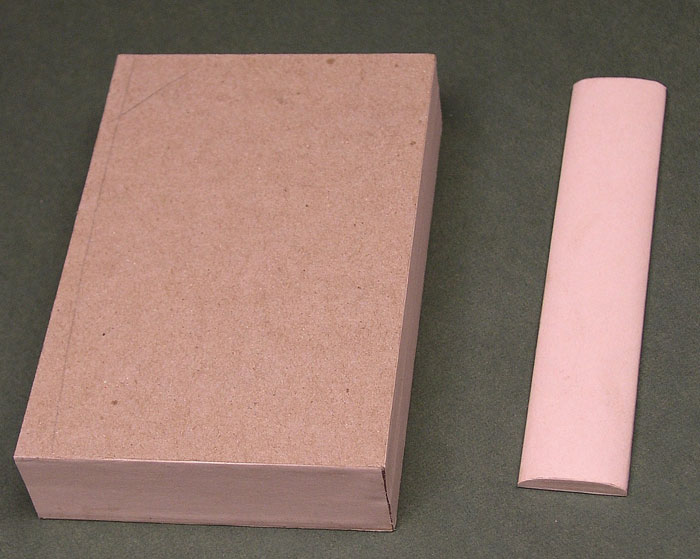 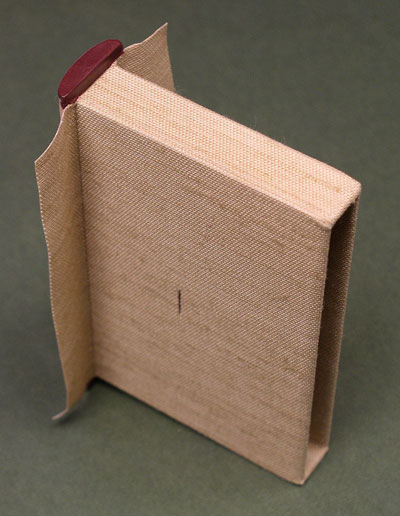 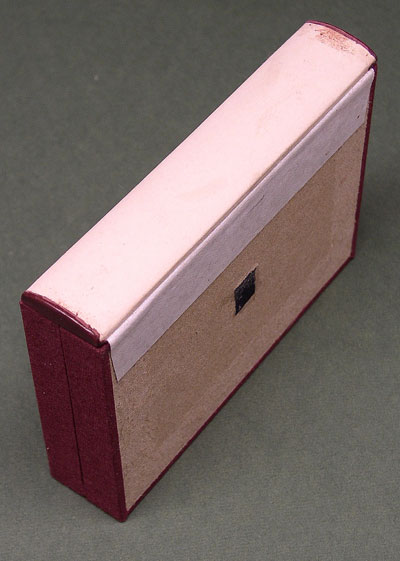 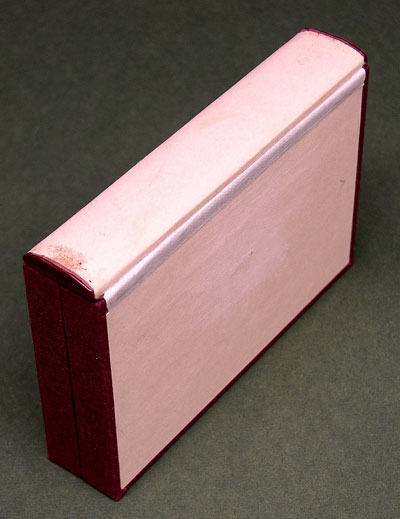 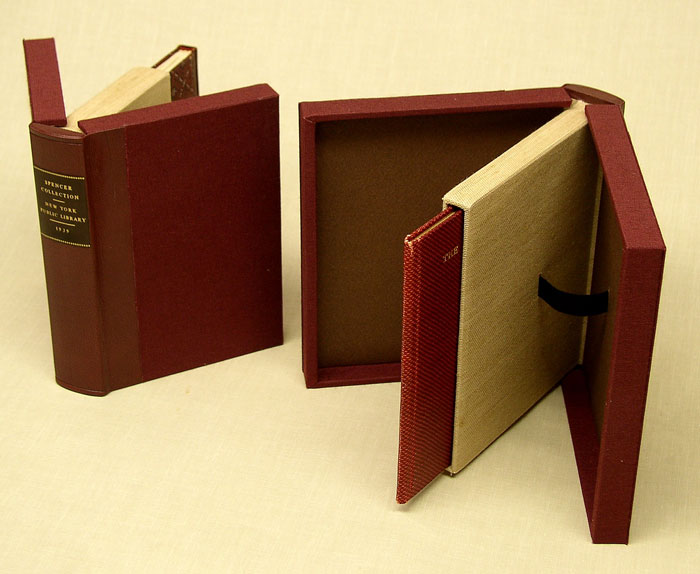 Here are two more photos of a similar pop-up box with a leather spine, this one made for a restored copy of Leaves of Grass by Walt Whitman. The same procedure as described above was followed to make this one. 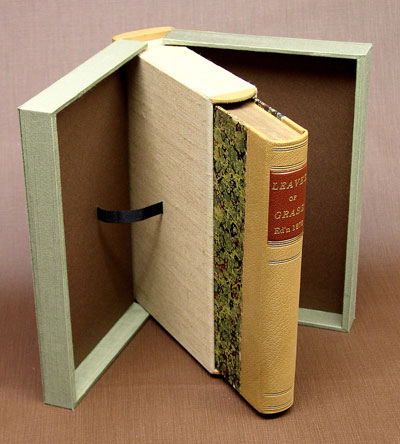 The book as it came into the shop was without a front board or spine, only the back board and text remained. We made a high quality photo copy of the existing marble paper on the back board to use on the front. The endpapers were a bright yellow. Among our large stock of vintage papers we found a close match to provide a board paper on the inside of the front board. The combination of old and new materials were melded to create a near-facsimile of the book as it was originally issued. 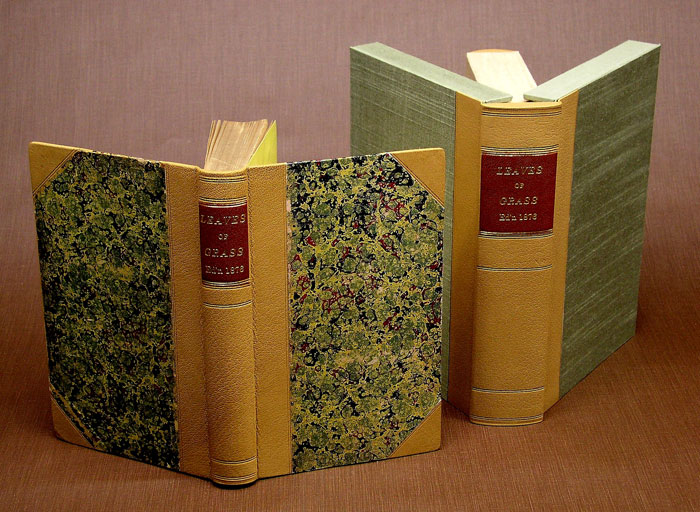